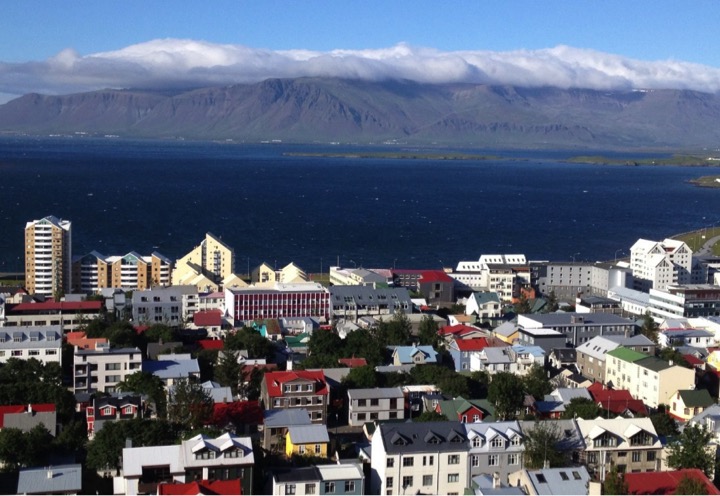 Iceland is an island situated in the North Atlantic Ocean and is one of the sparsely populated countries in Europe. About two-thirds of its population is in Reykjavík, the capital city, and the neighborhoods such as Vesturbjer, Laugardalur, Midborg, and Kópavogur. It is one of the most geologically active countries of the world and has constant volcanic activities.

The best things to do while traveling to this country are as follows.

This is one of the most famous geothermal fields in Iceland. The spa is located near a geothermal plant that drills to a depth of 2000 m fetching the piping hot water from the ground. The geothermal power is then harnessed by turning into steam in turbines and generating electricity. Since the water is coming from the depth, it is free of bacteria and becomes rich in silica, sulfur, and other minerals. The temperature of water is around 37–39 °C, which makes the place a heaven for swimmers. Many people with skin ailments are cured due to the medicinal property of the water. This place is a must visit in Iceland.

Iceland is a country of frozen landscapes and most of the glaciers found here are accessible throughout the year. Meanwhile, winter is the best time to explore the incredible ice caves, glaciers, or ice tunnels. Ice cave and glacier tours allow the tourists and locals to hike into the dazzling blue glacier caves to admire the ice crystal beauty. People also enjoy snowmobiling, ice fishing, dog sledding, and sleighing in such tours.

The country is gifted with the spectacular show of lights in the sky, the Northern Lights also called as Aurora Borealis. This natural phenomenon occurs at the highest elevation in winter, which is visible at nights from November to March. These lights appear as dancing lights in different hues of pink, red, purple, green orange, and blue. The colors visible depend on the ionization of different atoms or molecules present in the air.

The Golden Circle includes the most popular touring routes of Iceland covering around 300 km. The three main attractions of this circle are the Tingvellir National Park, Geysir Geothermal Area, and Gullfoss Waterfall.

The Tingvellir National Park is a UNESCO World heritage site accessed taking a 45-min drive from Reykjavik. The astounding geology of the park shows how this fascinating country came into existence.

This is the second important location in the Golden Circle situated in the Haukadalur Valley. The geothermal activity in this area is intense with exploding geysers and bubbling mud pools. The natural phenomenon occurs due to the explosion caused by the immense heat and pressure developed while the ground water comes in contact with the volcanic heated bed rock. Some geyser water spouts to a height of more than 30 m.

One of the most famous tourist landmarks in Iceland is Gullfoss Waterfall. The 32-feet-tall waterfall shows the power of nature along with its magnificent beauty. This is located in the Hvita River in Southern Iceland. A glance at the top of the waterfalls makes one believe that the river water vanishes into the earth. This experience makes this waterfall a unique one in the world.

There are around twenty species of whales in the coastal waters of Iceland. Whale watching is a popular tourist activity here. The most common types of whales are the humpback whale, minke whale, and blue whale. Whale watching tours are available from Reykjavik, Husavik, and Akureyi and can be taken in bigger vessels or smaller